Q: Who are you and how did you get into this?

A: I’m Richard Lawson. I was an original Pioneer – a volunteer. They needed a physics teacher and I answered the call back in 2017.

Q: So how was that early period for you?

A: It’s been hard! Well quite difficult at times. We started talking about destinations – but had to build our own road, make our own map. And when you’ve got 30 people in a room it can be hard to agree on which route to take.

Q: What’s your role in the refinement work?

Q: And the specifics of that?

A: What we’re asked to do changes as things move along. This is the second series of three-day workshops – there are four altogether over three months. In the first we sifted the feedback on the draft curriculum, looking at what needs actioning; feedback from lots of places, some straightforward, some tricky, and tried to make sense of it all.

This time (Oct 1-3) we’re taking that on board and amongst other things we’re looking at the way the curriculum is presented, re-visiting ‘What Matters’ statements, and starting to look at amending the guidance to suggest how teachers can create the learning needed, methodologies for selecting topics and experiences.

Q: What did you make of the feedback?

A: Some was really constructive but some was the result of misconceptions and fears that we may be dumbing down the curriculum. We’ve had to be quite robust. Two and a half years of passionate debate has brought us to this point. In my AoLE the most positive feedback has been from teachers in schools, the less positive from groups like professional societies who feel we might be watering down their discipline. Maybe it’s because we haven’t used the discipline names, which was intentional.

Some feedback was quite scathing but I think they’re only looking at it through one lens not seeing the bigger picture. Actually we’re allowing much more room for exploration and experience, whereas previously pupils only got a taste. Learners in Wales will be encouraged to explore subject areas in a more deep and meaningful way and while I understand the concern of some that education will be watered down in some areas, the rigour of the system remains. It will allow more space for learners to engage at a deeper level instead of simply being trained to pass exams.

Q: Has the feedback been difficult to handle?

A: It’s not set us back but it’s challenged us on how we get everyone to understand our perspective. A curriculum based on the Four Purposes is very different. AoLEs are different. But the views are all valuable because they’re from outside our ‘bubble’ and they’re a wake-up call. We’ve adopted a language and a way of thinking, but it needed to be challenged. We’re being conscientious in responding.

Q: Are you actually enjoying this then? 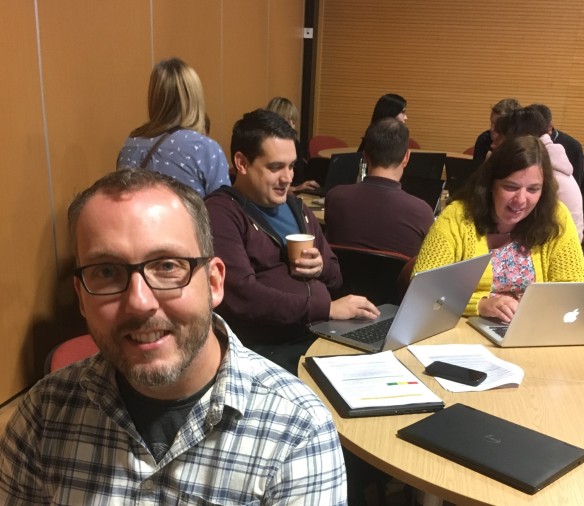 A: It has been a real privilege to be part of the process. This is a once in a career opportunity and rare chance to be part of such a fundamental reform process. In my experience, all teachers are passionate about securing the best possible chances for their learners both inside the classroom and out. This has been a chance to make a real impact on a whole nation’s children for generations to come. While it can be daunting at times, this has given me a rare opportunity to reflect deeply on what education is and its purposes and to make fundamental changes to improve it.

Q: Should colleagues be confident about the job you’re doing?

A: Oh yes, we’re doing an amazing job! But seriously, I think they’ll be pleased. Everyone involved in the process is passionate about ensuring we have the best curriculum for learners in Wales and I think that will really shine through. The process has been rigorous and I think people can trust what we’ve done and embrace it.

Actually I think they have to embrace this. I understand the trepidation but we need to take the leap because the benefits are there for our pupils.

I think we can all make the pupil learning experience better. It’s fine prepping people for exams but we’re not preparing them properly for life. It needs both, the world has changed and we have to move on.

2 thoughts on “Working on curriculum refinement this Autumn: a teacher bares all”