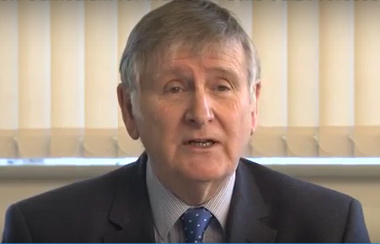 Many of the media reflections on 2016 have been rather gloomy, highlighting the possible downsides of a succession of major events during that year. However, I think that 2016 might just be remembered as having been the springboard for an exciting new future in Welsh education.

My work takes me across the globe and countries are increasingly asking themselves how they can best prepare their children for a future that no-one can predict. Too often political realities lead to a rigidity that restricts imagination and locks teaching in the past.

Not so in Wales. You have been bold enough to take a very hard look at what you do, to look at the changing world and to set a course for a different future.

My contacts with colleagues across the country suggest that there remains huge enthusiasm for creating a really stimulating and stretching new curriculum for Wales’ children and young people. For the first time in over a quarter of a century we have the opportunity to create something that teachers, parents and the young people themselves believe in. Not a set of prescriptions to be delivered or implemented but a curriculum that is forward looking and shaped by the best of current thinking and practice nationally and internationally.

Making that new curriculum a reality will not be easy. Key decisions about what young people should learn and how that learning can best be shaped will challenge us all. The 4 purposes that Wales has embraced will provide a sound compass to guide these decisions. Equally, by placing schools and teachers at the heart of the development process, we will have the opportunity to bring theory and practice together in a wholly new way of thinking and working.

So, let’s make 2017 the year that Wales leads the world in preparing its young people for a successful future.